Homage to an ancient postmodernist….

……who displayed an attractive humility which is very evident by its absence in certain contemporary discourses, especially in the realms of eg science, and of religion…..

“The gods did not reveal, from the beginning,
All things to us, but in the course of time
Through seeking we may learn and know things better.
But as for certain truth, no man has known it,
Nor shall he know it,neither of the gods
Nor yet of all the things of which I speak.
For even if by chance he were to utter
The final truth, he would himself not know it:
For all is but a woven web of guesses” 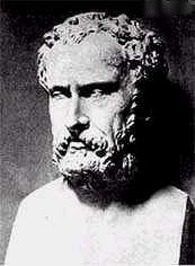