Baby Boomers are the first generation in human history to be able to rely on medical advances to prolong their lives considerably. They have, in effect, added on average more than a decade to the traditional, biblical ‘three score years and ten’ as a result of medical advances enabled by technology  – accelerating in particular since the start of the twenty-first century.

However, in the universe we inhabit, light and dark co-exist: one does not come without the other. 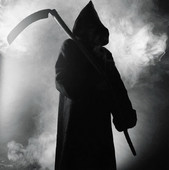 The shadow side of this striking gain in longevity is that death can now be put off for a considerable time, often resulting in – on average – eighteen years of deteriorating health with its attendant misery for the individuals involved, their families and friends. The economic realities of this are becoming more and more pressing. Western countries, on average, are dealing with a population as a whole who consume more in health care resources in their final six weeks than in the whole of their preceding lives.

Most of us can now quote several cases from personal experience or from hearsay, of individuals whose lives were painfully prolonged: by those individuals not having made their end of life wishes clear; by families’ general inability to communicate with one another regarding the painful and threatening question of the inevitability of death; and by the medical profession’s increasing focus on the technicalities of technology-expedited care, rather than the humanity, compassion and tough-minded realism required to enable people to have, as well as a good life,  a good death when the time comes that life has no quality left and there is only distress and suffering.

On the latter topic, I highly recommend surgeon  Atul Gawande’s wonderful book “Being Mortal: Medicine and What Matters in the End”, currently topping the best-seller lists. Here, the author  tackles the hardest challenge of his profession: how medicine can not only improve life but  needs also to address the hard problem of how to assist the process of its inevitable ending: with greater humanity, care and wisdom than is all-too-often practised at the moment.

In the UK, as the assisted dying debate rages on, with around 75% of the population supposed to be in favour of some form of assisted dying being legalised, increasing numbers of people are choosing to take matters into their own hands. For example, at the end of July 2015, a healthy 75-year-old former nurse took her life at a Swiss suicide clinic after saying she could not bear growing old. Gill Pharaoh – who had specialised in nursing the elderly – said old age was not ‘fun’ and that she preferred euthanasia to becoming ‘an old lady hobbling up the road with a trolley’. Only this evening, I found in my email inbox the following from the UK’s Dignity in Dying campaign:

“Today, Bob Cole had an assisted death at Dignitas in Switzerland and his story has been covered by almost every major media outlet in the country, including a front page in The Sun newspaper.”

I would be most interested to know where my readers are on this crucial issue. My husband and I have completed Advance Directives, stating clearly in writing what our wishes are – and are not– regarding medical care at the end of our lives. To this we have added Power of Attorney documents which give added weight to our Advance Directives. The latter at present have legal force in England but not in Scotland.

I also persuaded our GP to obtain Do Not Resuscitate forms, normally kept in hospitals, which we have included, signed by him. Copies of all these are now with us, our GP and geographically closest next of kin.

All this, of course, may not be enough if either of us is painfully and terminally ill and palliative care,  which in theory should be fully available to everyone but regarding which anecdotal evidence –sadly– is building to show where such measures have failed or are inadequate. What would one, other, or both of us do then? I have to admit that, at present, I do not know the answer to that….I’ve also lived long enough to know that, often, you really can not know what you would do in a very tough situation until you are actually there…. 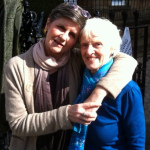 A year or so ago, before my husband and I had sorted out what we would do in terms of advance wishes, I had a discussion on the topic of what one does at the end of life with my dear friend Peggy. In her mid eighties, she is still amazingly active, enjoys life, and continues to be a wonderful support to other people as well as a shining example to those of us coming behind her regarding how we should grow older. Peggy, of course refuses to be complimented – “Away with you!!’ is her usual retort.

I recorded our conversation, which is quite short, and have Peggy’s permission to share it. It has the usual mix of Peggy’s and my conversations: a rich mix of grave seriousness, black humour, and sheer irreverence. I hope to post this conversation next week, to continue the dialogue on the topic of how we face and deal with death and dying in the 21st Century.

In the meantime, do let me know what your thoughts are on this, one of the most important issues of our era.