Jupiter/Uranus in Pisces do religion: Countdown to 19 September

You don’t have to be a very sage astrologer to work out that one of the likely backdrops to this upcoming 19th September 2010 Jupiter/Uranus conjunction at 29 degrees Pisces (the second of three during 2010/11) is going to be that perennial sustainer, challenger, inspirer, executor and persecutor of the human race – religion.

And sure enough, it is shaping up in bold primary colours already.

A major row has been rumbling in the USA since the end of August 2010 over the proposed location of  a Muslim religious centre close to the site of Ground Zero.Check out:

Last week the UK’s most prominent and respected scientist Stephen Hawking grandly announced that God was not necessary in coming up with an explanation for the origins of the Universe. This could be found in the laws of physics. The book “Grand Design”, set for release on September 9, has him saying: “because there is a law such as gravity, the Universe can and will create itself from nothing….” 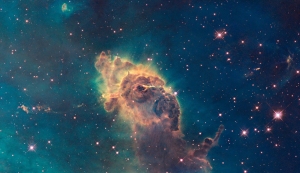 In recent days, it has become world-wide news that the pastor of a small church in Florida, Terry Jones, is planning a less than conciliatory act of remembrance of the 9/11 atrocity by burning 200 copies of the Koran on the 11 September. This plan has been roundly condemned from USA Secretary of  State Hilary Clinton downwards. See http://edition.cnn.com/2010/US/09/08/florida.quran.reaction/#fbid=lNzACjrNQ7c&wom=false

(NOTE: it just caught my eye in Google’s news headlines as I was signing off after publishing this post and doing some emails, that the pastor in question has called off his protest. How interesting that this should occur on the very day that Jupiter slips from combative, fiery Aries into the soothing waters of Pisces….)

And here in the UK, that anti-messiah and self-appointed High Priest of Atheism, the scientist and polemical writer Richard Dawkins, had planned to arrest the Pope when he visits the UK during 16-19 September, just at the exact point of the second Jupiter/Uranus conjunction.

“Campaigners supported by Prof Richard Dawkins, the prominent atheist, had hoped to have Benedict XVI held over his supposed cover-up of child abuse within the Roman Catholic Church.

But leaders of the Protest the Pope coalition now admit that the Pontiff cannot be arrested as Britain acknowledges him as a head of state, granting him sovereign immunity from criminal prosecution.” Read more

The fingerprints of the Jupiter/Uranus combination in Pisces are all over these events. First of all, Jupiter and Uranus are planets associated with the ‘masculine’ dimension of life regardless of a person’s sex: outgoing and action-oriented.

Then, if we think of the mythology of Jupiter and Uranus, we have the arrogant and combative Olympian god Jupiter, who was always right, enjoyed laying down the law, (fundamentalism anyone?) and who threw thunderbolts from Mount Olympus at unfortunate humanity cowering down below. His ally Prometheus (I follow the Richard Tarnas view that Uranus in action most resembles the Greek god Prometheus) was an innovator who taught humankind the great arts of astrology, science and music.

He also decided that the gods’ fire was just what the human race needed to make them all-wise and powerful (without actually consulting any of them to see if they wanted this equivocal gift!) and proceeded to steal that precious substance, hidden in a fennel-stalk. Unfortunately he got caught and spent eternity chained to a rock having his liver pecked out by an eagle.

As I point out in my book “Jupiter Meets Uranus” ( AFA 2009) the Jupiter/Uranus combination can represent the very best in human aspiration, exploration, inventiveness and the sheer exuberance of being alive. However, arrogant conviction of their own rightness when working together can make this combination inflammatory, hubristic and downright destructive. We should therefore see both the positive and negative sides of this unique conjunction during the Jupiter/Uranus year of 2010/11.

The Jupiter/Uranus combination works out of the ‘left field’ more than any other combination of planetary energies. Its cycle is 14 years long.

2010/11 is gradually revealing unique developments too for good and ill: the Large Hadron Collider’s vast experiment and what it may reveal. Craig Venter’s company’s creating of  the first artificial living cell – using highly sophisticated computer technology. The worst man-made oil spill in history. Scientists making hubristic statements about spiritual matters which go inappropriately beyond their reductionist terms of reference. Religious (and anti-religious) fanatics behaving in ways that no-one could have guessed or believed…..

Bring it on, Jupiter/Uranus!

We are waiting with bated breath for more left-field events: with a mixture of  fascination, awe, humour (sometimes if you don’t laugh you just end up crying….) dismay and disbelief. Well, given that Pisces is involved, the word ‘belief” has to feature somewhere….

many articles on the upcoming Jupiter/Uranus conjunctions of 2010/11

a unique, unfolding research study of the lives of 12 subjects whose ages range from late 20s to early 80s “Tales from the Wild Ride”,